By David Gallagher and David Schleicher 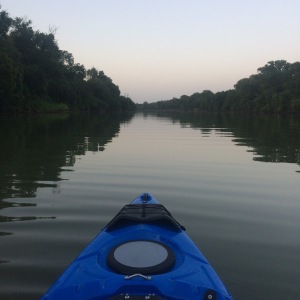 As any fan of courtroom TV drama knows, the accused are entitled to professional legal counsel, no matter how heinous the charge. In the court of public opinion, the rules are a little less established but arguably similar: everyone should have access to advice, and a spotty reputation is not by itself a sufficient reason to be turned away by image consultants.

But as the recent resignation of White House press secretary Sean Spicer underscores, it’s well worth advisors of all types considering in advance when to walk away from an opportunity, and when to run. We’ve compiled these suggestions:

(2) Consider the ethics. “It’s legal” does not equal “it’s right.” This is a greyer area than the law, but professional bodies in communications and other areas of business advice have ethical frameworks to clarify ambiguities. Things like disclosing who you represent or are advising, sticking to facts and avoiding deliberate misrepresentation of the truth.

(3) Be pragmatic. Will a new assignment alienate others you work with already? Can your colleagues support the assignment in good conscience and to the best of their abilities? And if you do not own your business, will your shareholders be happy to be associated with the new project? Will your family be embarrassed by your work?

(4) Be realistic. Do you have the skills, experience and in, some cases, the stamina to do what’s required? Is the client willing to change the story by changing their behaviour, or simply demanding a change in the way they are portrayed?

(5) Think about the future. You may feel fully justified in what you’re doing and for whom you’re serving, but if it requires you to burn bridges with others you may need in the future – say, journalists, or the judiciary – you may want to pause before striking the match.

Your client who is ostracised today may with the hindsight of history become the hero (think Martin Luther King). At the other end of the spectrum, no professional wants their dying realization to be that they did such a good job at promoting the shunned that they will be recalled as the next Leni Riefenstahl.

(6) Finally, to thine own self be true. If you’re asked to advise on issues that don’t square with your own gut feeling of what’s right, regardless of the legal or practical circumstances, you’re unlikely to do the job as well as someone who’s truly on board. That’s unfair to the client and compromises your own integrity.

We can only assume in the case of Mr. Spicer and others advising the president that the lure of fame, the proximity to power, or a sincere belief that in some cases the ends justify the means (however unsavoury) is enough to endure the daily humiliations, questionable requests and vicious undercutting to which they are publicly and privately subjected.

This may be good enough for them, but we wouldn’t recommend it for others.